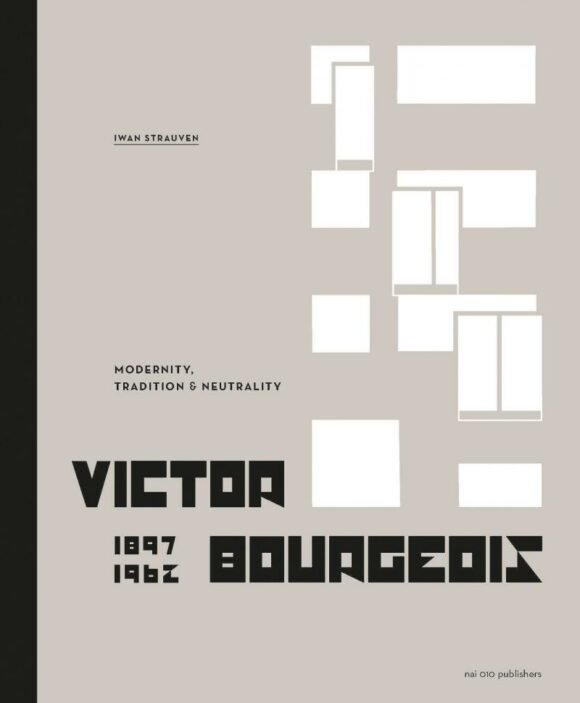 about the book: Victor Bourgeois (1897–1962) was the pivotal figure in the international Modern Movement in Belgium. In the 1920s he built the Cité Moderne in Brussels, a cooperative housing project, and was invited to design a house for the Weissenhofsiedlung in Stuttgart. As one of the youngest founding members of CIAM he played an important role in its early years. This book is the first study of both his built oeuvre and his writings. The architectural historian and curator Iwan Strauven has charted the entirety of Victor Bourgeois’ work and has dealt comprehensively with his intellectual legacy.

about the exhibition: 18.03 until 5.06.2021 – Exhibition ‘Victor Bourgeois. Being Flat Broke is the Salvation of Architecture’
Halles Saint-Géry in Brussels. Address: Place Saint-Géry, 1, 1000 Brussels