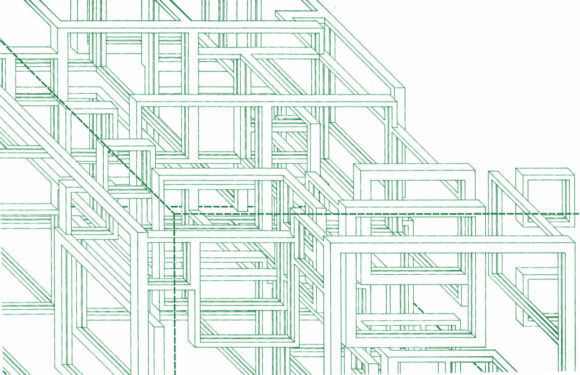 From the ’60s to the ’90s, architectural practitioners and critics adopted the Barthesian idea of ‘zero degree writing’ to break loose from the antinomies that plagued the crisis of modernity. Following Roland Barthes’ Le degré zéro de l’écriture (1953), they translated and reformulated the possibility of a new kind of writing in the field of architecture that could overcome the historically embedded conflict between popular and literary language. They advocated a ‘zero degree’ of architectural writing, providing architects and writers in architecture another way, a ‘third term’, by which they could transcend the duality of genres, such as ‘high and ‘low’, which divided positions in the postmodern era.

As the idea of ‘zero degree’ travelled the world of architecture, across Europe, USA, Japan and South America, its translation, in terms of meaning, varied widely, and interpretations even proved incompatible occasionally. Why and how the concept of ‘zero degree’ renewed the debate on architectural language and became associated with the work of particular architects deserves closer scrutiny. This symposium explores the history of the idea of ‘zero degree’ of architectural writing, as it moved across the globe in various media and theatres of debate, and its resonance in the present. It does so from three angles.

First, we propose to differentiate the intellectual positions that Barthes’ idea of ‘zero degree’ was supposed to pin down. Many architectural historians and critics who engaged in the linguistic and semiotic debate on architecture saw fertile ground in the theoretical work of translating, renaming, and rethinking the ‘zero degree’ of architecture, in many instances to push their own intellectual agenda. Second, we intend to review architectural projects and drawings which their authors thought epitomized or exemplified a ‘zero degree’. If the ‘zero degree’ for Barthes is situated on the fringe of dominant currents, the way in which these projects were claimed, demonstrated, or evaluated to be transgressive deserves special attention. Third, we set out to question the nature of the ‘places’ where the ‘zero degree’ was the central issue of debate and focus of reflections. These places could be symposiums, lectures, architectural competitions, or formal and informal meetings, dedicated directly or indirectly to the topic, during which this idea was collectively questioned, rethought, approved, or rejected and thus reenvisaged as a shared way of thinking about architectural issues. Furthermore, we also aim to investigate journeys of this concept across architecture and the visual arts in the three sessions described above. Barthes himself applied his reflections on ‘zero degree’ to artistic disciplines, such as photography and painting, not only in writing but also in practice, and some artists have drawn on his reflections to renew their work.

To summarize, what are the borders between artistic disciplines that the idea of ‘zero degree’ has straddled? What are the permeabilities between architectural practice and theory that ‘zero degree’ writing relied on? What were the different milieus and places of encounter where ‘zero degree’ was forged as an architectural language spoken in many tongues? How can we consider the operativity of the idea of ‘zero degree’ in the field of theory, criticism and practice today? This symposium welcomes contributions interested in these questions and the approaches described above.